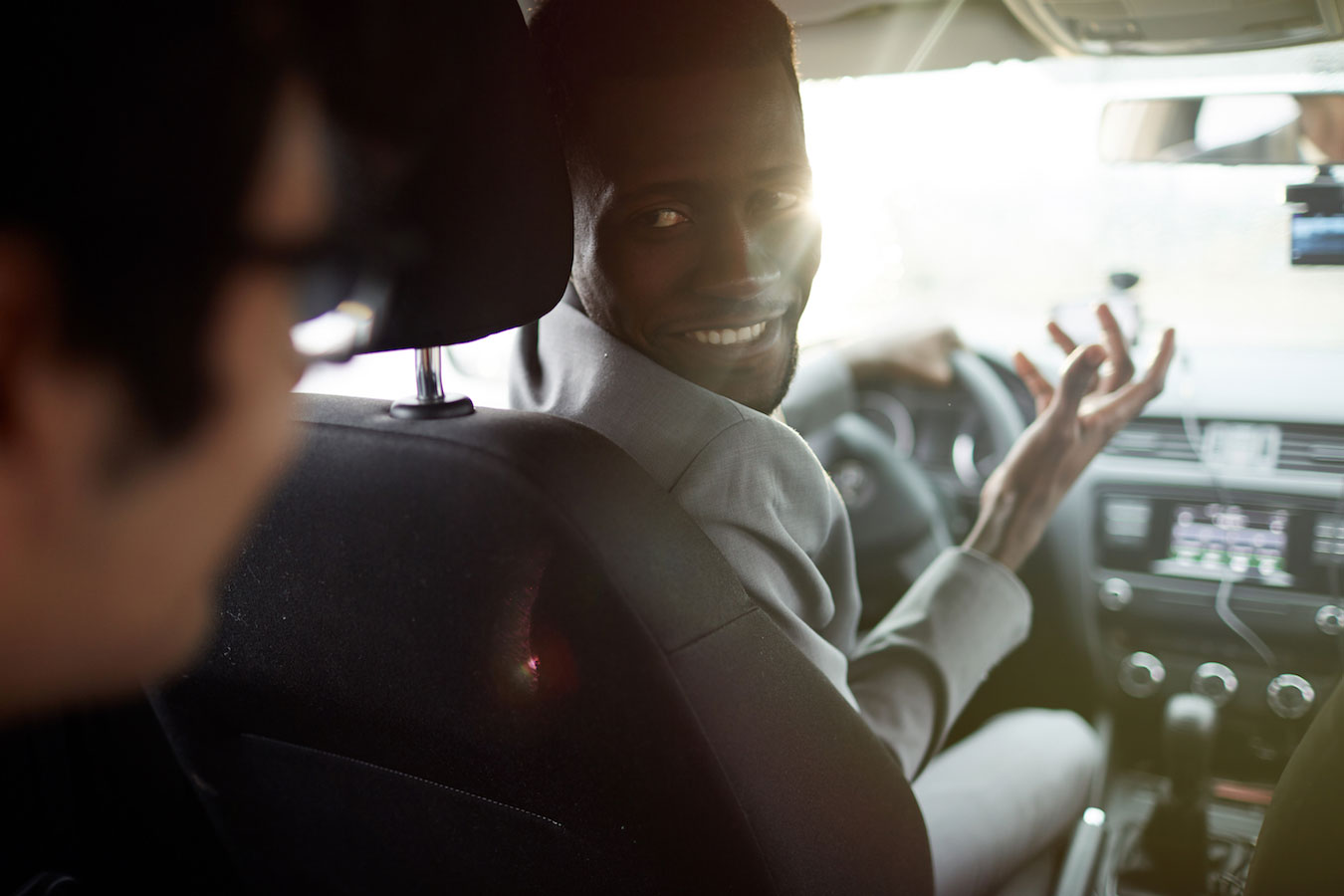 A few weeks ago, I caught a cab home from the airport, after a long day of business and travel. I was in no mood to talk, tired, felt like shutting down and just zoning out until I got home. Just my luck, I had the most talkative cab driver I have ever met. He was young, bursting with energy and in the mood to make new friends. When he started chatting, I groaned inside and tried to deflect the conversation with one word answers. Alas, he wasn’t taking no for an answer and persisted until I finally perked up enough to hear his story for the 30-minute ride home. In the conversation that followed, he taught me a valuable lesson: opportunities are everywhere and the investment in simple conversation can bring great rewards.

His story goes like this. Damian often did the airport run and, just like my journey, one night picked up a corporate looking Businessman on his way home. In his usual cheery way, he tried to strike up a conversation, but Businessman resisted, not giving away much. Undeterred, Damian kept talking and the Businessman slowly gave just a little, opening up to polite chatter which then gave way to conversation. Topics naturally moved to the kind of work or study that each other did, so Damian talked about his studies in construction, what his future plans were and what job he would like. Businessman gave few details, asking only unusually specific and probing questions.

Damian, without his knowledge, was being interviewed. Businessman ultimately revealed himself as the CEO of a medium sized residential building company and this chance meeting resulted in being the first stage in a recruitment process that would ultimately land him a job at that company. Not only did he find employment, but he placed himself firmly on the radar of the key decision maker; at the Christmas party later that year, a friendly hello to the CEO and a reminder of how they met (in a room of hundreds) received the reply “I know who you are.” A great outcome from a chance conversation that, but for his persistent friendliness, could quite easily never have happened.

There are many stories of luck and chance encounters like this, with research on luck revealing there is less of a role of pure chance for the ‘lucky’ people than might be perceived. In his book The Luck Factor, Richard Wiseman discusses the many factors of luck both perceived and actual. In many cases, those who perceive themselves as ‘lucky’ are actually just more active, talk to more people, enter more competitions and just turn up when others can’t be bothered and. Wiseman states Lucky people build and maintain a strong ‘network of luck.

So now, every time I'm feeling lazy and can't be bothered with conversation, I think of Damian and remind myself that every new meeting is a chance to open a new door and create a new opportunity; one that could go very far. Already I have a potential new client in my Uber driver.